Exploring Rituals In Our Lives

“…rituals can simultaneously connect us with our common humanity and with our own unique path in life.”
Imber-Black and Roberts Rituals for Our Times

This class is based on the book Rituals for Our Times. Through readings, discussion and experiential exercises, inner exploration and creative expression, participants will explore:

Through the four class meetings and on their own, participants will create a personal rituals journal. We will meet four Saturdays over nine months. In the first meeting each participant will receive a gently used copy of Rituals for Our Times, a journal for writing and art and an overview of the class and resources. Class meetings will be part discussion; part quiet personal time for inner work and creative expression; and part sharing (always optional).

“Jackie Baritell’s workshops are excellent. To attend them is to benefit greatly from her years of experience and her authentic, loving personality.”
-Claudia Locsin, LMFT 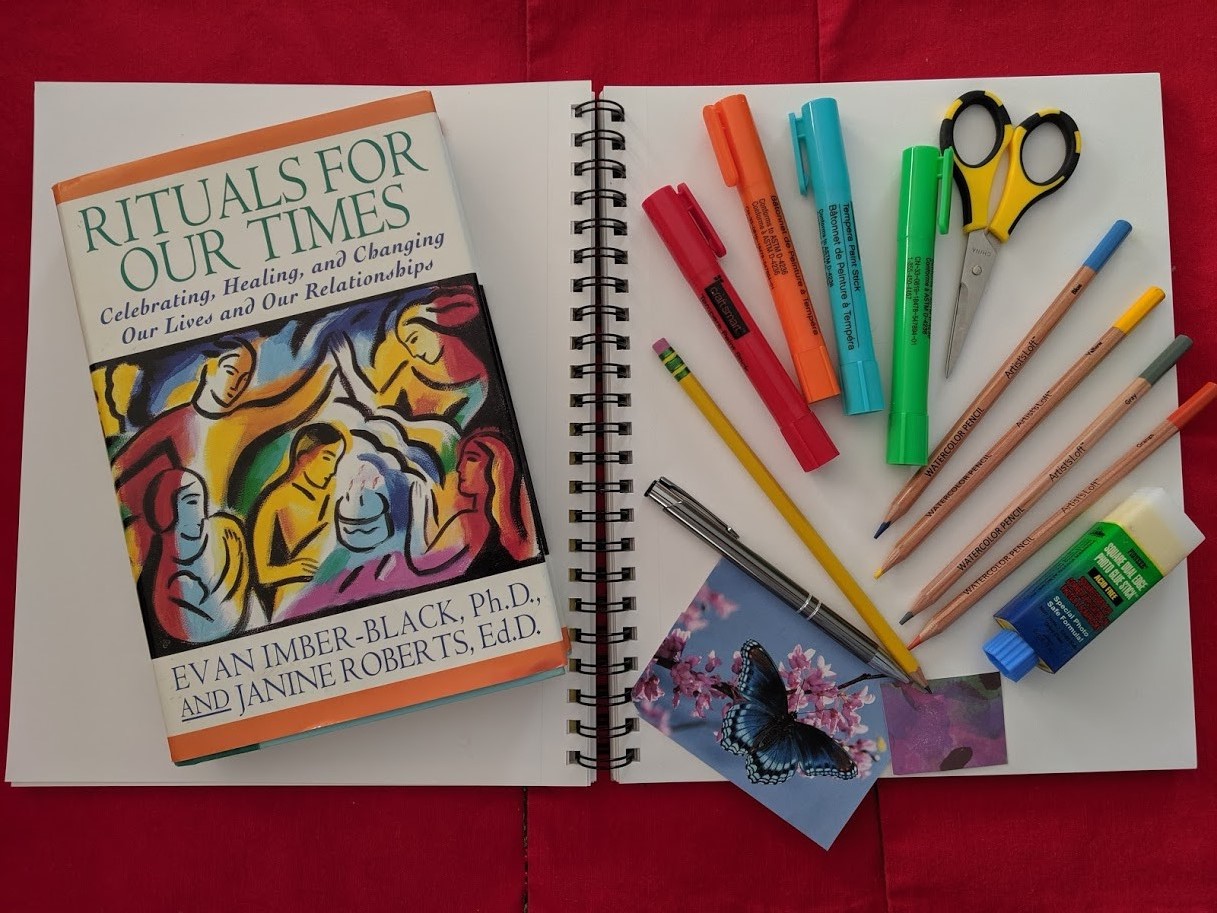 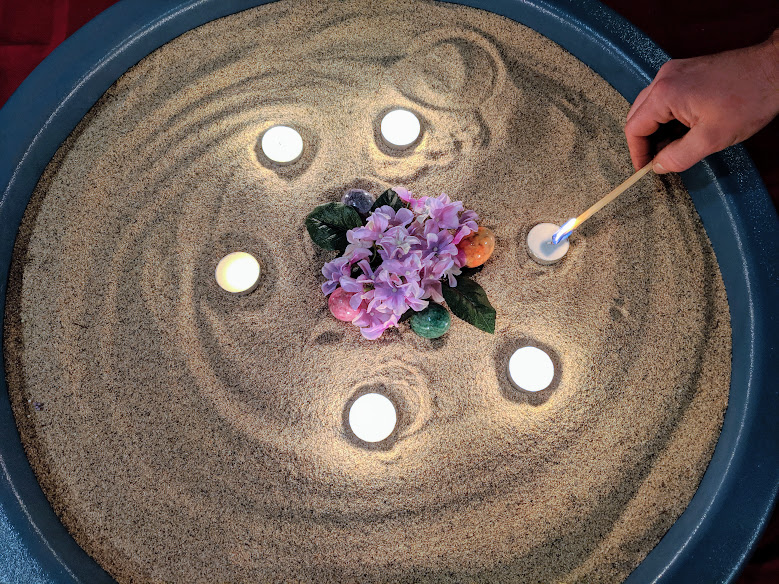 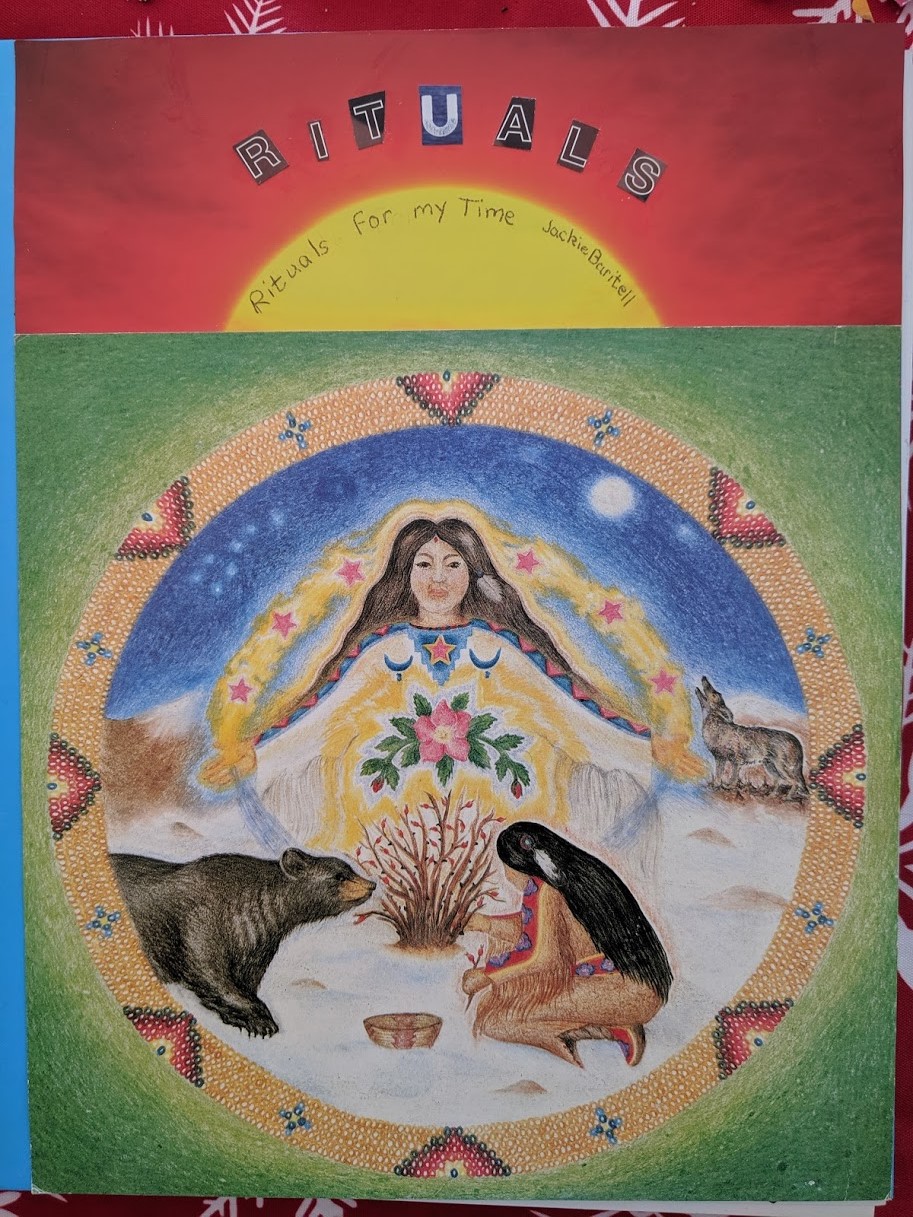 Jackie Baritell is passionate about writing, books, music, animals (especially her lifetime of dogs and cats), rippling mountain creeks and nature in general, her odd assortment of friends and family. She deeply believes in the human potential for growth and connection with self and others. She loves facilitating people’s explorations along their individual and collective paths, as well as her own, especially through small groups working in a safe setting.

Jackie is a licensed Marriage and Family therapist who is now mostly retired and doing with others what she loves best:  small groups, classes, and workshops with  possible retreats on the horizon. Jackie is a trained SoulCollage® facilitator. She has been a part of Recreation Leadership Laboratories over the last forty-six years.  She holds a B.A. in Psychology from UC Davis, an M.A. in Interdiscipliary Studies in Education from San Francisco State and an M.S. in Counselor Education from Sacramento State and she continues to take classes and workshops when she can.

As a student of Gisela DeDomenico, creator of the Sandtray Worldplay method, Jackie has offered beginning training in Sandtray therapy and continues to offer groups and individual sessions in Sandtray from her home. She also has training and experience in play therapy which she maintains is good for people of all ages. 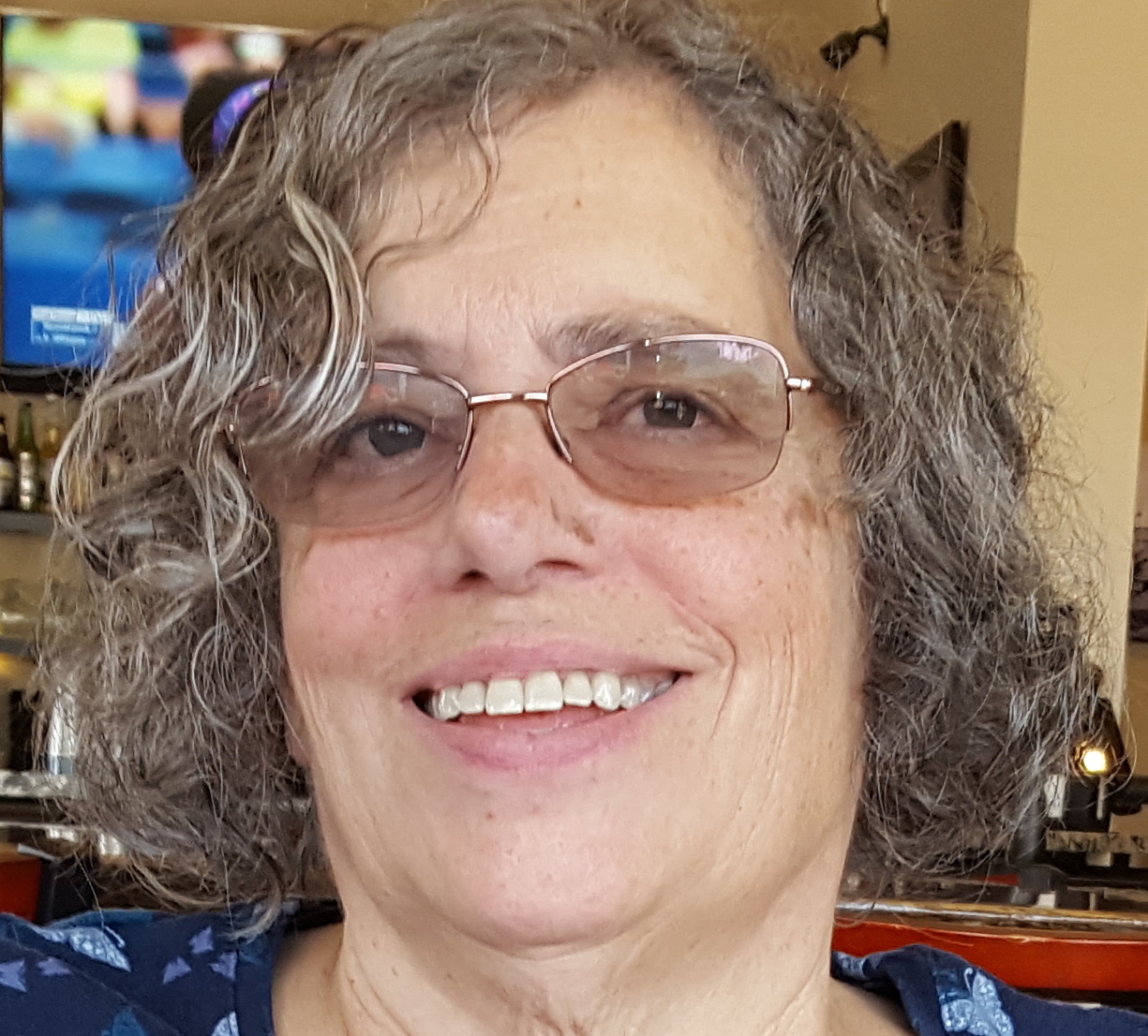 In order to expand the creative arts into the world, Creative Edge is always looking for facilitators who have introspective and creative workshops to offer in areas such as visual arts, music, storytelling and other creative opportunities. Partnering with us expands your program reach to the benefit of all our participants. For a facilitator application, or to suggest a workshop, please send an email to Carol@creative-edge.org.