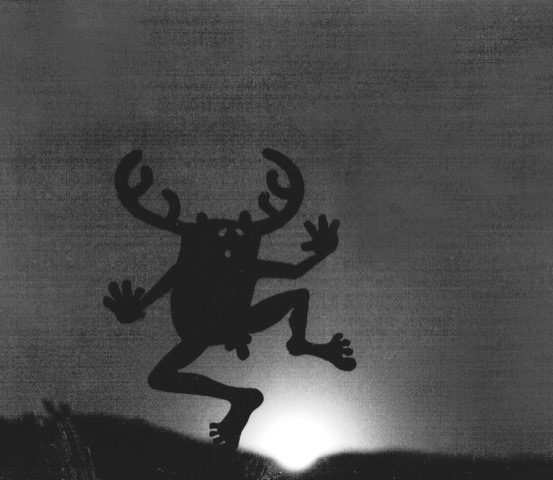 When the wild man-animal
is out of his cave
to frolic unrestrained,
carefree
in joyfulness…
just for the fun and freedom of it,
one does not need reason
to dance on waters’ surface,
to be a disruptive force
within the order of the universe.

Nothing suits the truth
of my being more than the
‘Conversations with God’
when looking into our eyes.

“Without playfulness, the seriousness of life would be denied.” – Gary Ibsen

Twenty years ago, a dear friend from New Zealand, gifted me this whimsical ‘beastie’ metal statue she had collected from aboriginal art. She said it reminded her of the “exuberant, heart-filed, frolicsome and high-spirited man” she saw in me.

In a dream, I saw this figure dancing under the light of the full moon. One morning I rose from bed to take this photo at 4am during a full-moon in the winter of 2000, in Carmel, California. I balanced the ‘beastie’ on the branch of a cypress tree and waited for the full moon to settle toward the ocean west.

Creatures who are half-man, half-beast are found in the legends of nearly every culture on our planet. Psychologists and scholars of comparative mythology have long debated why human culture is so fascinated by hybrid creatures that combine attributes of both humans and animals. Scholars of folklore and mythology such as Joseph Campbell maintain that these are psychological archetypes, ways of expressing our innate love-hate relationship with the animal side of ourselves from which we evolved. Others would view them less seriously, as merely entertaining myths and stories offering scary fun that requires no analysis. 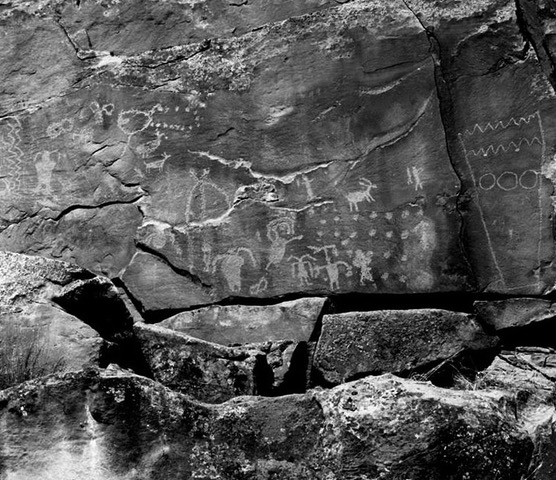 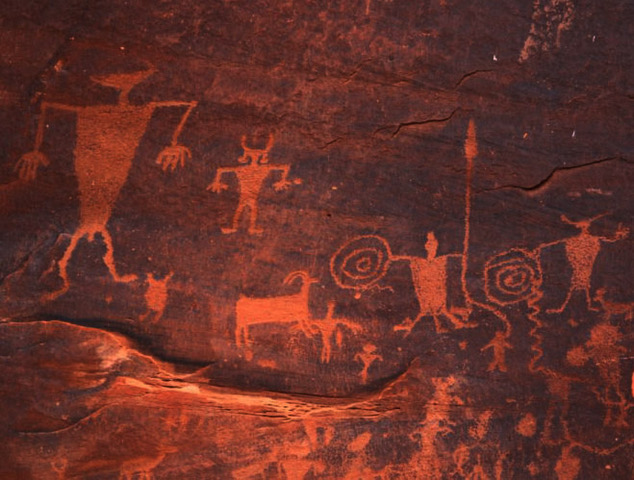